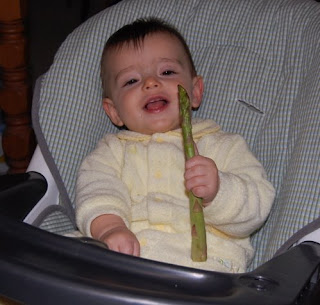 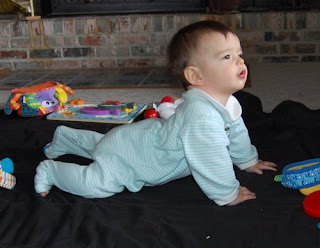 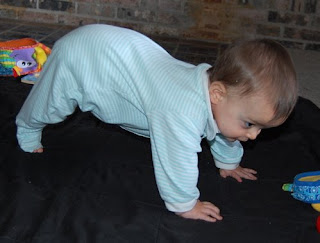 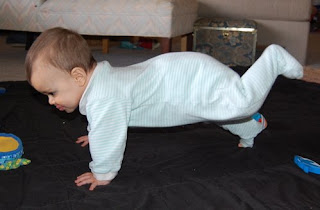 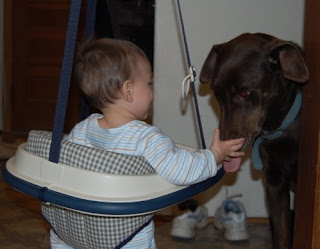 We're off to Charlotte next weekend to visit as much of the family as we can cram into three days.
Hey Gramma..... how about a field trip next Saturday??
Posted by Sarah-potterknitter at 10:43 AM

Can't believe how cute this little fellow is. I thought he was an extraordinarily handsome newborn, and he is continuing in that path. Watch out, as soon as he can toddle he'll be charming everyone and having them all wrapped around his finger!

Love the pic of him and the dog :)

Have a great time in Charlotte!

I just found you through Laughing Duck's blogroll. What a CUTE baby he is!! Love the yoga moves, lol.

My parents and brother live near Burnsville, actually closer to Celo. They left east Texas to be in a more artsy community and they LOVE it out there. Meanwhile, we're stuck in hot old Texas, sigh.

Anyway, I'm off to explore your blog.