I had no idea it had been a month since I'd posted. Lots of catching up to do. For this one, walking is mastered and now it's all about climbing. We've moved the lamp, we're starting to learn to push in the dining room chairs after finding him on the table, and everything has been moved back from the edges of the desk and tables. 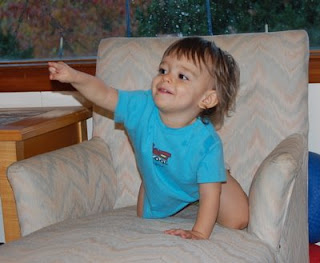 There has been lots of knitting. I finished a pair of socks. I'd been working on these mostly in the car for several months. The yarn is a cotton/wool blend that I was given for my birthday this year. I've also finished my Rogue sweater! But there's no pictures yet. I really like it, but it's not perfect. That probably means I'll wear it more often and not worry about it getting worn. 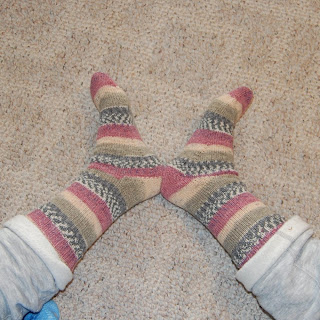 I fired two kiln loads of pots last week. With help from local potter and kiln guru John Britt I had the best firings in a couple of years. About half the pots are already gone, I'm caught up on smaller orders, the galleries are restocked and I've had some sales in the last week. Just enough that I have a good display left in the studio and just enough that I'm motivated to get started throwing again. I'll firing again around Thanksgiving to be ready for the Toe River Studio Tour the first weekend of December. 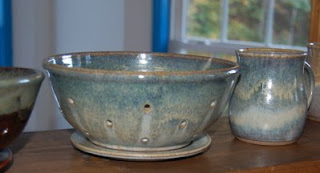 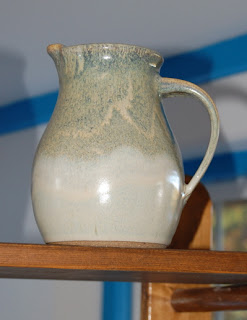 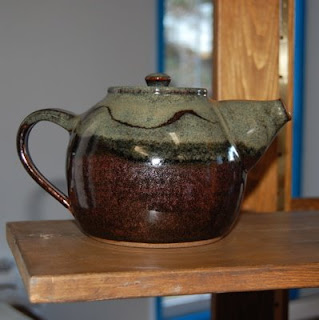 I did a demo and talk for a group at Wildacres today. It was lots of fun. They were very interested and had lots of good questions. Then they bought pots! 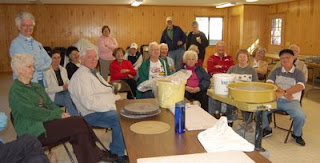 And finally, just for kicks, a sight that I never thought I'd see again.
I have mixed feelings. 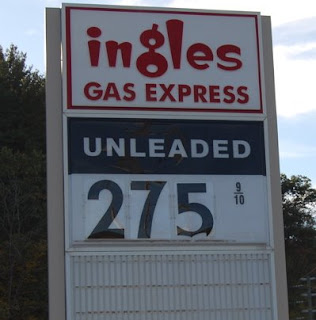 Registered to Vote?? It's not to late, at least here in NC.
Posted by Sarah-potterknitter at 8:09 PM

Is it sad that I think that's cheap? *sigh*

I'm hoping that Barack will make it to the White House, and we'll still have funds allocated for alternative energy, even if gas is relatively cheap.