Last week I thought how unfair it was to have a contest and then not post again. But then before I got to it, I hit a bit of a bump in the road.
Monday morning I woke up with food poisoning. Tuesday night I checked into the emergency room and had my appendix out early Wednesday morning. So much for the food poisoning self- diagnosis. Because of large amounts of infection and the compromise of some other organs that I'd like to keep, they kept me there until this morning on IV antibiotics. But I'm home now! I cannot pick up more than 15 pounds for a month, but I hope I'm finally on the mend.
Posted by Sarah-potterknitter at 4:08 PM 9 comments: 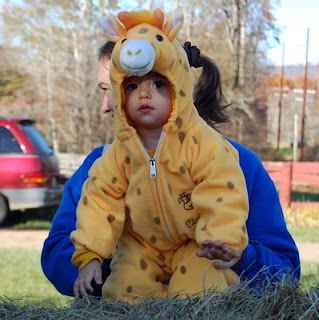 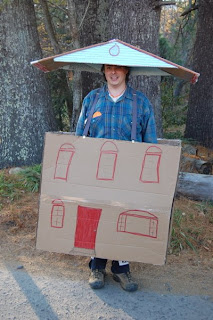 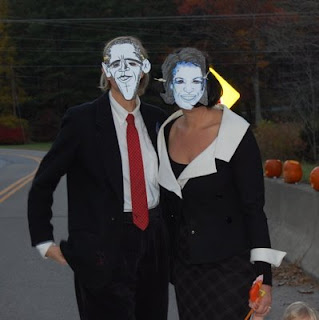 Posted by Sarah-potterknitter at 7:37 PM 7 comments:

November- it's kind of an in between month around here. Wildacres has closed as of today. The crazy of October is over, Holidays are still far away enough to be ignored. It's one of my busiest times in the studio as I get ready for the tour, but there's very few entries on the calendar so far. Good time for a contest right?

I've had this blog for over two years, I'm pretty impressed with that. It's been lots of fun, and through my blog writing and reading I've met some pretty neat people. But it's a strange feeling not really knowing who's out there reading. There are about 6 people that I know are regulars but I have no idea who's just here occasionally, or who pops in just when I send out a newsletter to my pottery mailing list. Hence the contest.

Leave a comment to any post written in the month of November and I'll put your name in the hat for one of my mugs, your choice of color.

If you don't get a response to your comments, it's because you are set to no-reply and blogger won't give up your email address. I'd love to be able to reply to every one!
Posted by Sarah-potterknitter at 7:27 PM 5 comments:

Another potter and blogger Michael Kline posted a before and after shot of his studio in progress this week. It made me remember this shot we took of my studio in progress. That's my wheel on the left with the cardboard box and the tupperware with the green lid. The mirror was taped to the front so that I could see what I was working on. You can't really see much else in this shot, but believe me, it was all this full of crap. But I had to get some pots made anyway, so I did. I'm so glad it didn't last long. Only two years! 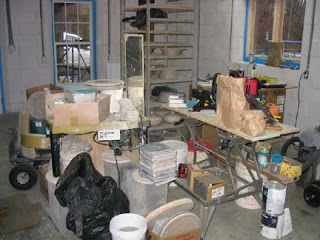 Posted by Sarah-potterknitter at 3:31 PM No comments: